On Monday, March 24th, 2008, the GISD Board of Trustees voted to officially name our new athletic facility, Birkelbach Field at the Georgetown ISD Athletic Complex. The new multi-purpose facility has seating for 12,442 for athletic and other events. The field is named in honor of Coach Bernard E. Birkelbach, Georgetown High School teacher and football coach from 1948 - 1965.

The GISD Board of Trustees selected the name Birkelbach Field to honor the memory of Coach "Birk" who made numerous contributions to the school district and community. The following biography of Coach Birk is adapted from a biography compiled by former GISD Trustee Jerry Graham, and is used with his permission.

Bernard Birkelbach was a native of Thrall, Texas where his parents were farmers. His studies at Southwestern University were interrupted by World War II. After serving three years in the Pacific with the U.S. Navy, he graduated from Southwestern University and began his career in public education at Thrall High School in 1946 as a math teacher and coach. He came to Georgetown High School in the same capacity in 1948 before being selected head football coach in 1950. Coach Birkelbach’s first season as head coach at GHS was quite memorable. With only eleven returning lettermen, the 1950 team was a third place pre-season pick behind Taylor and Cameron. The Eagles finished the regular season undefeated and won the district championship for the first time since 1929.

Their season was ended in the regional finals by a New Braunfels team that was the top ranked Class A team in the state. As a result of the remarkable season, Coach Birkelbach was selected as one of Central Texas’s outstanding coaches by the Austin American newspaper in its December 12, 1950 edition.  Perhaps even more remarkable was the 1951 season when the Eagles lost the district championship on the last play of the last game of the season when highly-favored Cameron scored on a 50-yard pass play. The Eagles finished second despite returning only five lettermen for the 1951 season. The Eagles won another district championship in 1954 and this time Coach Birkelbach was selected Cen-Tex Coach of the Year by the American-Statesman, and again in 1961. During his tenure as head coach the Eagles averaged winning the district championship every four years.

Even though his coaching accomplishments were considerable and well-documented, they continue to be only a small footnote to the life and legacy of Coach “Birk”. He was above all else, a master teacher, motivator, and character builder. This can best be demonstrated by listening to the testimony of his former students and contemporaries. Dr. Bailey Marshall, a junior running back on the 1950 district champion team, was quick to give credit to Coach Birk for whatever successes he might have enjoyed in his life. Bailey pursued a career in public education, was selected as Athletic Director of the University Interscholastic League, and in 1977 was named Director General for the League.

Here is an excerpt from an article and interview of Dr. Marshall published in the August 11, 1991 Sunday Sun: The biggest influence in the young Marshall’s life was GHS football coach Bernard Birkelbach. Birkelbach changed the course of Marshall’s life, providing much needed guidance after Marshall’s mother died just prior to his freshman year. Birkelbach took it upon himself to see that his halfback got enough to eat, especially after watching him get sick during several games. Interrogating Marshall as to why he always seemed to get sick on Friday nights, the coach discovered that two pieces of dry toast and limeade was serving as Marshall’s Friday night dinner. The coach took Marshall to his father’s house, where he put him to work in exchange for some healthy home-cooked meals. “When I was named Director of the UIL, I wrote Coach Birk a note telling him what he had done for me and what he meant to me. I even send him cards on Father’s Day.

Upon hearing of Coach Birk’s impending retirement from coaching, Dr. Martin Juel, Dean of Students at Southwest Texas State University wrote to Coach Birk in a letter dated February 1, 1966. After expressing shock at the news of his retirement, Dr. Juel went on to say:

The real significance however of your life as a coach has been the profound effect you have had on your boys. I have seen them on the athletic field, I have had them in the classroom, and I have worked with them on many other occasions. At all times they have shown the mark of a Birkelbach product—a fierce competitor, yet someone vitally interested in the more important aspects of life such as sportsmanship and character. It is not always that one can say this but I am most pleased to be able to say this about your work. Athletically speaking we are going to miss you a lot, but I know your influence will continue to be felt in Central Texas and wherever your boys are found.

Another testimony comes from T.H. Jenkins who was Superintendent of the McGregor Public Schools at the time of Coach Birk’s retirement and who knew him only as an opposing high school football coach. Mr. Jenkins wrote to “Pop” Williams who was principal of Georgetown High School: A story has just reached me that Coach Birkelbach will not work with football in Georgetown this fall. That is a shame for I know of no one on our schedule who has done a better job and who has built better relations. When the subject of conversation has gotten around to Coach Birkelbach, in whatever company one finds himself, there is nothing but high praise and compliments for the fine gentleman.

When George Breazeale, the noted sports writer for the Austin newspapers, wrote of Coach Birk’s retirement, he concluded by saying, “They’ll miss him.

Birkelbach was 10-0 every year as an inspirational force.” Similar testimony from those whose lives Coach Birk touched would fill volumes. The Georgetown City Council proclaimed the week of January 18-25, 1966 as “Coach Birk Week in Georgetown”. The Proclamation read in part: Where principles of life were taught as they are embodied in fair play and teamwork; Where the exemplary conduct of his teams and students wherever they journey is an unspoken but obvious compliment to Georgetown Public Schools and to the residents of the City of Georgetown; Where his skillful efforts in cooperation with others led in 1949 to the establishment of the Little League Baseball program in Georgetown – a source of healthful and purposeful summer engagement for hundreds of our youth.

Coach Birk was also the one most responsible for the building of Eagle Field in San Gabriel Park as he was hands-on in the design and construction of the field along with a number of volunteers. Coach Birk passed away in 1985 after a series of illnesses. As of 2008, his wife still resides in Georgetown ISD along with his son and daughter-in-law who are both GHS graduates. His daughter and son-in-law, also graduates of GHS, reside in the Austin area. 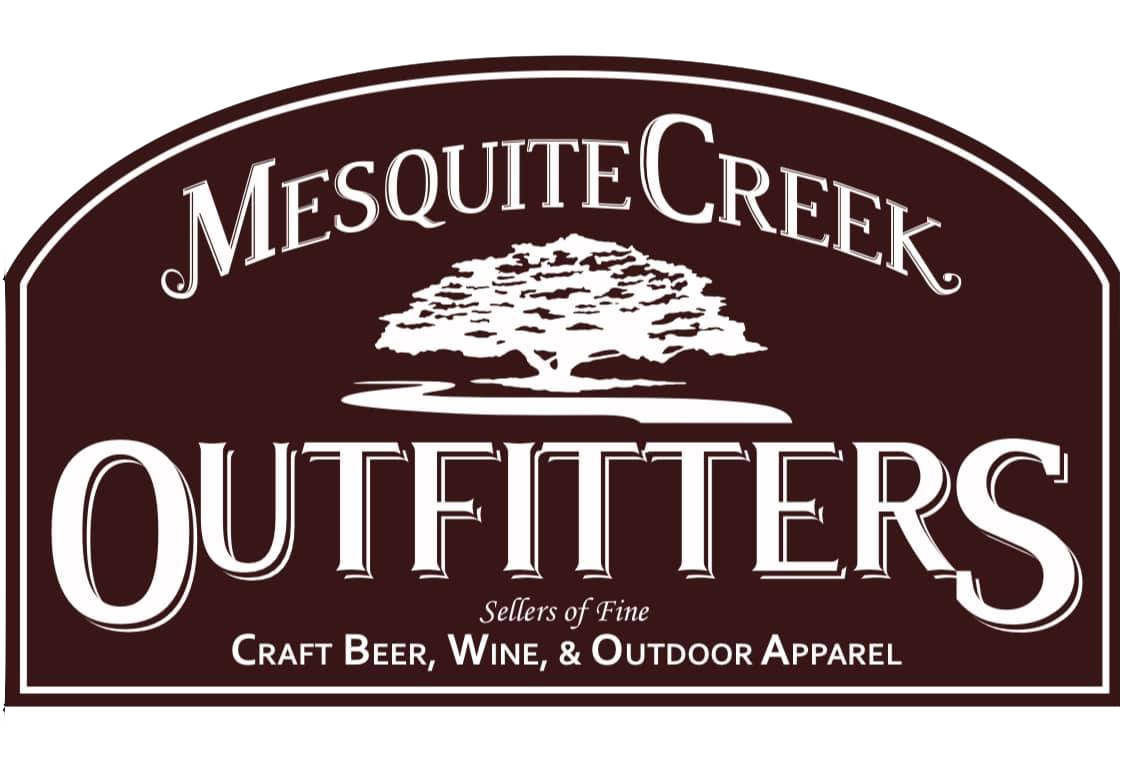 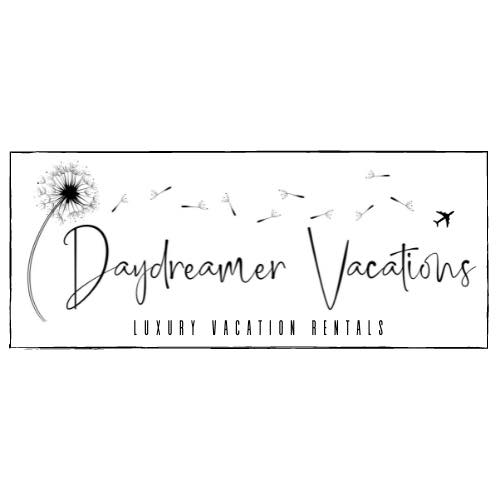 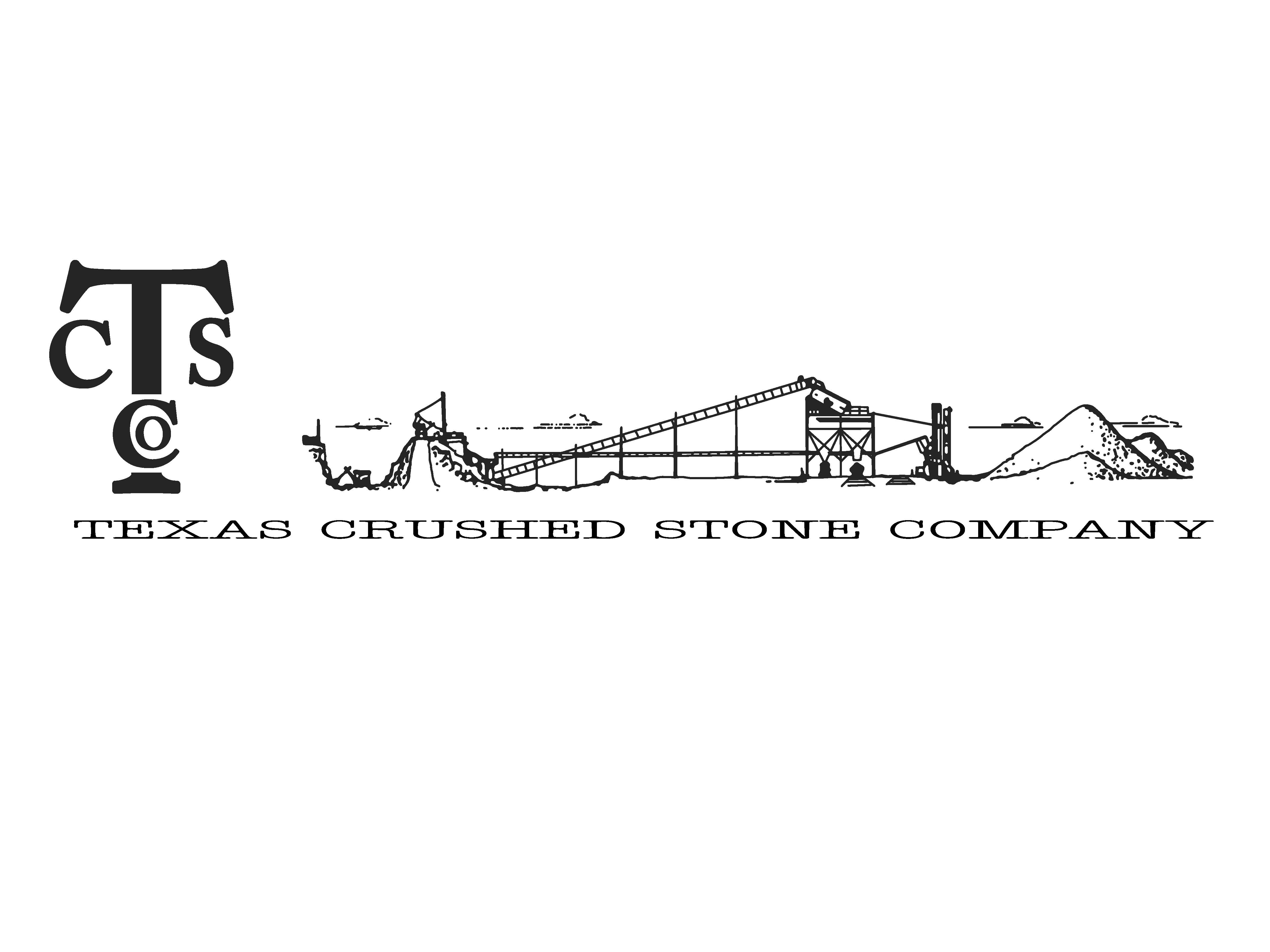 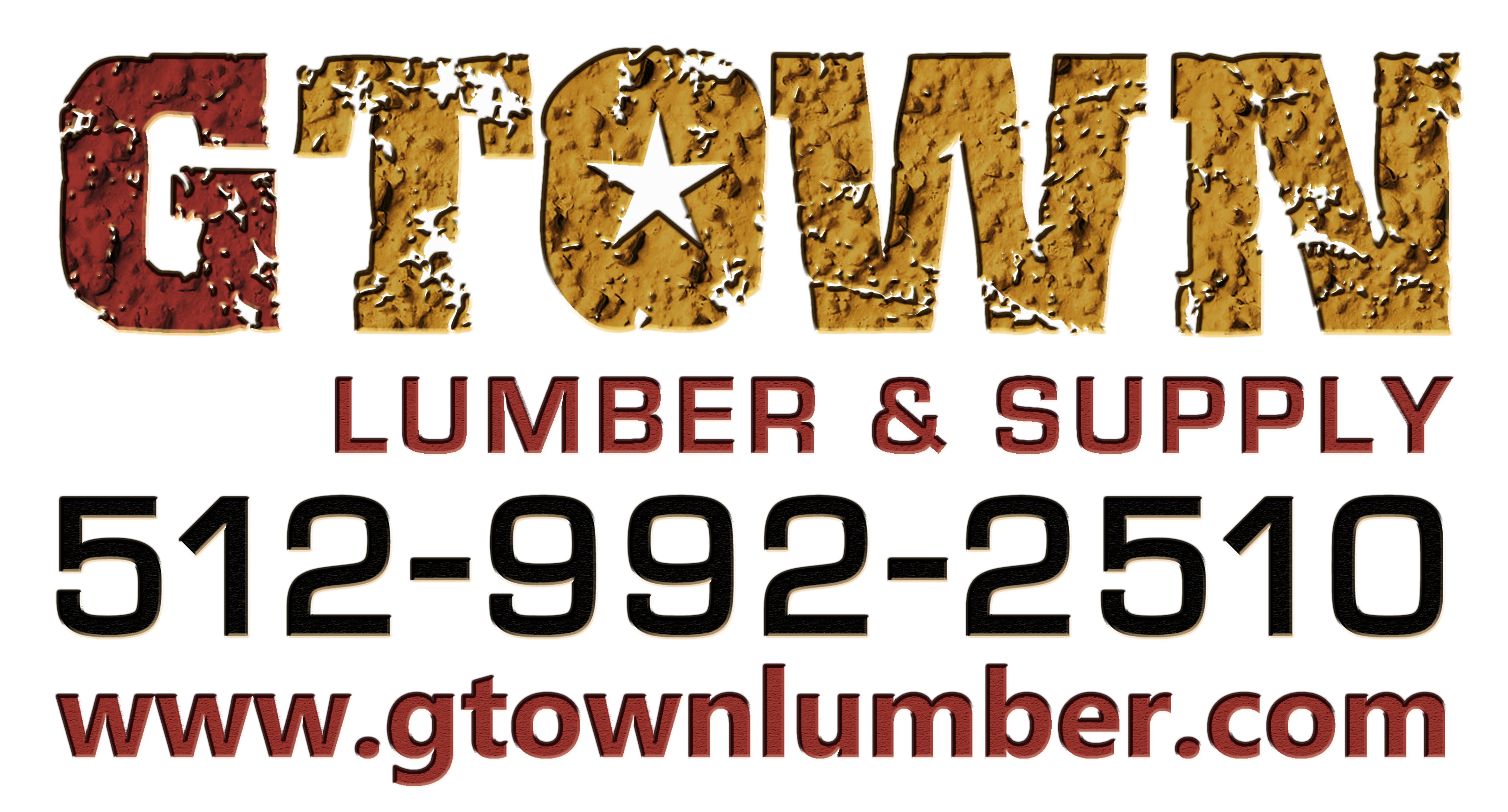 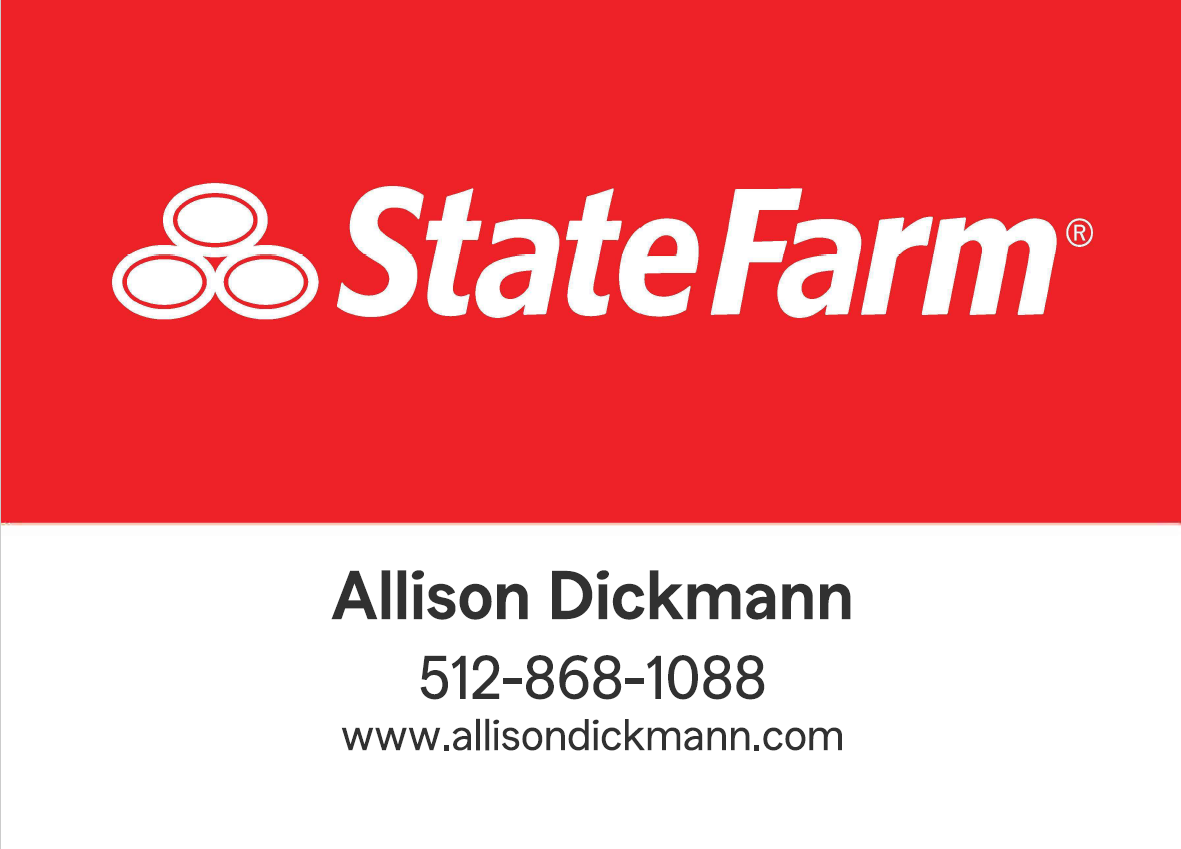